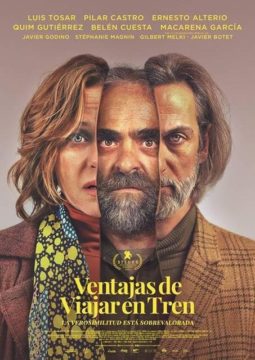 Advantages of Travelling by Train

“Do you want to know about my life?”

The young editor Helga Pato is tackled by this disconcerting question during a train travel. The man sitting next to her is Ángel Sanagustín, a psychiatrist expert in personality dysfunctions.

During the travel, Ángel tells Helga the most sordid and crazy story of the worst case he has ever faced: Martin Urales de Ubeda, a paranoid extremely dangerous man obsessed with garbage as a control instrument.