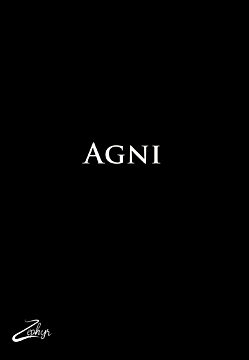 Logline: After gettng lost and injured in the woods, a south asian Hindu cross-country runner is taken in by a Yogi and his community of converts, only to find out they harbor ill intentions. AGNI serves as a meditation on identity, heritage, and ownership over culture in the face of assimilation.

Get Out meets Deliverance

Synopsis: SHIV (19, Indian), a not-so modest collegiate cross country runner, is home from the first semester of college and on his way to a ranch party with DEANTE (20, Black) and EILEEN (19, Filipino). These are big in Texas - usually you know someone (usually white) with a little bit of land out in the country and absentee parents. Upon arriving, they link with TREVOR (20, White), one of Shiv’s oldest friends. While having a good time is definitely on the agenda, Shiv’s biggest motivation is to get with JESSICA, his high school “Will they? Won’t they?”. Over the course of the day, between rough encounters with the party host IAN (21, White), and striking out with Jessica, Shiv is repeatedly reminded that not only is he a minority, but it's how most people see him first. Which is confusing because Shiv doesn’t feel super “ethnic” to begin with. He’s always considered himself white-washed.

Encouraged by booze and accompanied by Trevor, Shiv takes one of Ian’s four-wheelers out for a spin in the forest. Carelessly, Shiv flips the four-wheeler, crashing it into a tree, gashing open his leg, and knocking himself unconscious. Shiv re-awakens to chai in a strange cabin. Not strange because it’s a worn-down and rickety structure, but because the entire home is decorated like a Hindu Temple. That’s when Shiv meets SHIKAAR (60’s, White). As Shikaar tells it, he found Shiv passed out alone in the woods, just as a four-wheeler was driving away. Shiv is convinced Trevor abandoned him. Shiv gets to know Shikaar as an eccentric man who, disillusioned by Western society, traveled to India after becoming fascinated with the Hindu religion. Now a Yogi with a small following of other disillusioned Americans, he’s spreading his teachings of the Hindu religion through Southeast Texas. Stranded and injured, Shiv settles in for the night. Throughout his stay, Shikaar and his motley crew invite Shiv to join in on their rituals and prayers, excited to have a “true Hindu” in their presences.

The issue is, while he was raised Hindu, Shiv has always shied away from his religion for the sake of fitting in. Now it’s that lack of connection with his religion that makes him stand out. This all makes for an interesting exploration on identity and the ownership of culture, until Shikaar’s mood ominously shifts.

Quickly, Shiv realizes that Shikaar isn’t exactly who he says he is. It turns out Shikaar is a cult leader with more interest in sacrificing Indians as a means of spiritual cleansing, than in actually learning the culture. Shikaar doesn’t view the culture as something that can just be adopted, but must be acquired through a one-for-one exchange. Shiv is just another target for him. In an incredible sequence, Shiv runs for his life through the forest, guided only by moonlight, while Shikaar and his followers hunt him with bows and spears. Meanwhile Trevor, Eileen, and Deante all rush through the woods to find and rescue Shiv.

Shikaar ultimately catches Shiv and moves forward with the sacrifice ritual, but between Shiv’s anger and desperation to define himself and his identity, and his friends providing a much-needed distraction, Shiv finds himself in a one-on-one battle with Shikaar for his life.