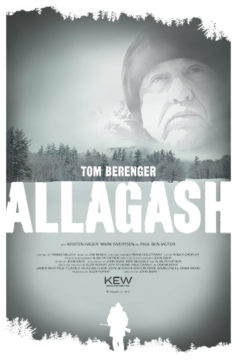 While hunting in Northern Maine, retired veteran Jim Reed (Academy Award®-nominee Tom Berenger, Inception, Platoon) discovers a dead woman and a large sum of money. The story spirals out of control when he encounters a group of criminals in search of the money. Together they embark on a test of will and survival amid the stark and brutal winter landscape.

Jim Reed is a hard and lonely man. He enlisted in the Marines straight out of high school and served two years in Vietnam, where he watched his friends die and felt he engaged in senseless killing. Alcohol quickly became his tool to mask the horrors of war.

After the death of his daughter in an accident caused by his own hand, his relationship with his son and his marriage fell apart. Jim now lives alone in his RV spending most of his time hunting in the woods of Northern Maine. When Jim befriends a local waitress Debbie (Kristin Hager, Life, Condor) they form a unique bond - she reminds him of his past. Jim and Debbie’s husband unfortunately share similar experiences – war and addiction. When all hope seems gone, Jim surprises her with something that will change her life forever.