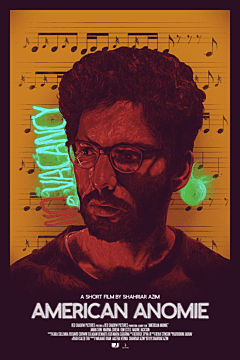 American Anomie (short) is a proof of concept short film. The original feature film Production is set to start in 2021.

Timir, a young south-Asian student attends a prestigious Los Angeles music academy, chasing his dream of becoming a classical composer. To scrape together money for tuition he manages a shady motel in South LA where he lives with his girlfriend, Sarah. He struggles to find meaning in his music when faced with the grinding poverty and depravity the motel residents experience each night. As he watches his dreams, his relationship, and his ambitions slip away, Timir finds himself at a crossroads in his life.