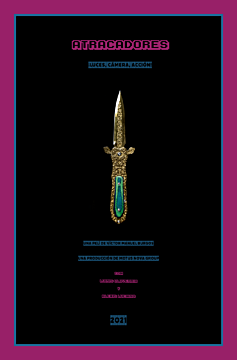 Atracadores tells the story of Luis X, an actor in preparation and on his way to star his first feature film. A film with a suspenseful plot. A film about a young man raised by the streets and a thieve by profession. But the problem is not with that film, the problem is with Luis. Luis is a method actor. Luis reaches a point where he no longer recognizes his reality; a point where he no longer knows if he is him or if he is his character.