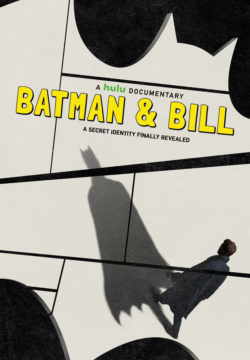 For over 75 years, there was only one man officially credited as Batman’s creator, Bob Kane.

As time passed, there were rumours that perhaps the Caped Crusader had another father. Who was this man, and who could finally bring him out of the shadows, giving light to the credit he deserved?

Batman & Bill tells the story of the uncredited co-creator of Batman, Bill Finger, and one fan who went on his own crusade to bring justice to the legend.