Home / Films / Love, Courage and the Battle of Bushy Run 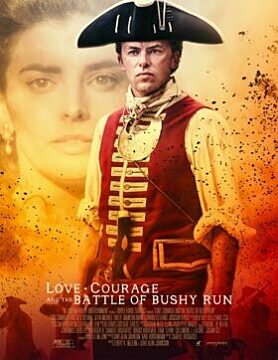 Love, Courage and the Battle of Bushy Run

In 1763, Britain defeated France in the worldwide Seven Years War - referred to in the American Colonies as The French and Indian War. As a result, the French abandoned America, leaving the Native population who had sided with the French to fear the British would seek revenge. Ottawa Chief Pontiac convinced many tribes they needed to strike first. Some did so willingly, others were forced to fight. Their ultimate target was Fort Pitt. The combatants on both sides deployed unconventional and often brutal strategies and tactics. Colonel Henry Bouquet, with a ragtag group of British soldiers, Scottish Highlanders and American volunteers, was tasked with trying to save the hundreds of men, women and children facing certain death - or worse - in Fort Pitt. The little-known Battle of Bushy Run changed the course of world history... This is that story.