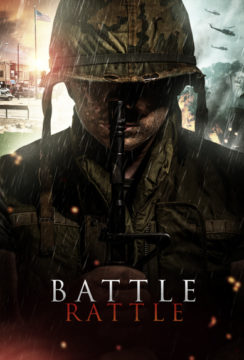 Michael Delucca, a war veteran suffering post-traumatic stress disorder, struggles to resist the dark experiences that haunt him. Estranged from the normal life around him, a steady low-paying job, a supportive girlfriend and the opportunity to reconnect with the son he never saw grow up, Michael sinks into an underworld he may not return from. Written and directed by a veteran, Battle Rattle depicts with brutal authenticity the insurmountable difficulties thousands of soldiers face after returning home.