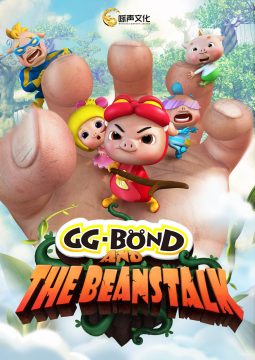 When Fairy World residents were in trouble, they usually turned to Ready-To-Help Office for help where GG Bond, Sophie and SDaddy had been on the go all day to deal with all sorts of trifles. But sometimes they had to cope with the unfair competition from Super Help sponsored by Super Q and Bobby.

GG Bond accidentally got a treasure which had been actually stolen from Giant Island by robber Jack. To get the treasure back, Jack played some tricks which dragged them all into a dangerous journey. After innumerable hardships, they finally arrived at Giant Island. However, Jack brought them another trouble that he insisted to take away the Giant’s goose which laid golden eggs. The Giant was furious and went in hot pursuit. The moment they were flying away from the Giant Island, Jack smugly told GG Bond the truth. Learning the truth, GG Bond decided to help the Giant to get his goose back. And Jack deserved his penalty at the end.