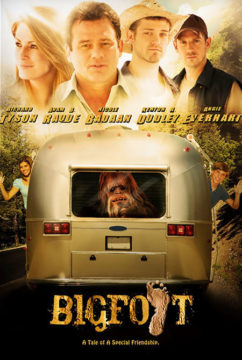 Is Bigfoot alive? A hoax? Some claim to have seen him while others think it is a myth. It was first spotted in 1924 by miners. ACI has found him and has proof Bigfoot exists. In this new adventure, Richard Tyson (Black Hawk Down) and Angie Everhart (Cloud 9) star as parents, whose teenage son named Percy discovers and befriends an eight-foot tall forest creature, Bigfoot. But when two bullies stumble upon Bigfoot’s existence, they decide to capture him, take him back to their farm, and sell him to the highest bidder. Now it’s up to Percy and his high school friends to rescue Bigfoot and return him to the forest. The adventurous comedy is ready for delivery.