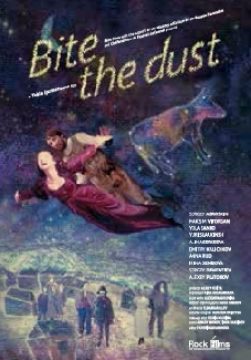 Everyone knows everyone else in the tiny village. An elderly herdsman, Vasilich, devotes all his time to taking care of a doe-eyed cow named Candy lonely Granny Zina curses the government married women glance enviously at other women’s husbands and the local inventor, Vanya, entertains the children with his ingenious devices. One day, the villagers hear the terrible news on TV that the most powerful solar fl are ever has taken place, the eff ects of which will destroy all of mankind in 24 hours. Aﬅ er recovering from the initial shock, the villagers come up with their own way to bid farewell to life. They decide to throw an end-of-the-world party. Tables are set, pies are baked, and some gather their last courage to make major life decisions. But the end never comes...
Instead, things get a bit hot under the collar. The villagers realize that life as they know it is over...