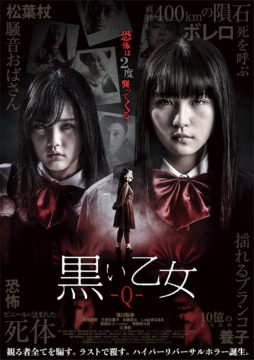 Mei has grown up in an orphanage, but is to be adopted by the kind and wealthy Uda family. The family already has another foster daughter, Rana, of the same age.
Rana is an eccentric girl who believes that “the earth will be destroyed by a meteorite strike”. But when Mei and Rana get to know each other, they realize that even their birthdays and hobbies are the same, and they become as close as true sisters.
One day, the head of the family tells them that the family business has collapsed and he will only be able to continue looking after one of them, which means they will be separated in one week’s time. After hearing the news, Mei and Rana begin to quarrel with each other.
The day before one of them is going to be sent back to the foster home, Rana calls Mei over and they overhear a secret conversation between their foster parents.
It turns out their foster parents have been deriving pleasure from seeing the despairing faces of children they adopted and made happy but then kicked out.
Mei and Rana are outraged, and Rana comes up with a plan to kill their foster parents.
And behind Rana appears the “OTAFUKU SAMA”...