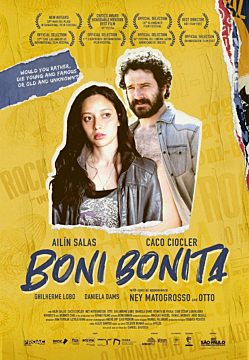 After her mother's death, Beatriz, a 16 year old teen, moves to Brazil to live with her careless father. In a concert, she finds herself attracted to the bands frontman Rogério, a musician in his late 30's, who is struggling with the shadow of his grandfather's successful musical heritage. Beatriz and Rogério will fall in love. The age difference and the passage of time will challenge this toxic romance.

Boni Bonita was nominated for best feature at the Slamdance Film Festival in 2019.