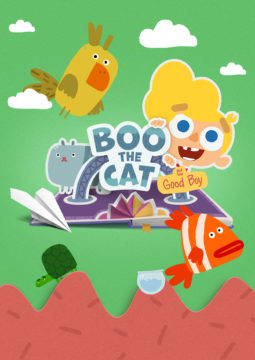 Boo the cat and the Good Boy are a rhymed musical series about friendship, honesty and taking responsibility for your actions.

The main character is a boy called Good Boy who often gets carried away with his games and doesn’t notice that he’s accidentally broken a something like a chandelier for example. He might even lose his keys, or ruin his older sister’s lipstick – all by accident of course.

Good boy understands that he should own up to his mistakes but he’s afraid of doing so. He considers blaming one of his pets as an alternative, but at the end of each episode the Good Boy confesses and accepts responsibility for his actions. In the end, its what makes him a good boy.