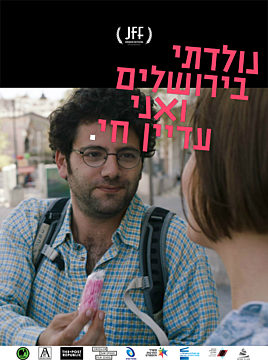 Born in Jerusalem and Still Alive

When he isn’t taking care of his elderly father, Jerusalem native Ronen Matalon offers guided tours of famous terror attack sites along Jaffa Road. During one of his tours, he meets Asia Mulan, and ex-Jerusalemite who moved to Barcelona. When Ronen is struck by her thirst for life, he falls in love with her, and becomes torn between the conflicting forces of life and death. A dark romantic comedy co-directed by David Ofek and Yossi Atia, who also stars in the main role.