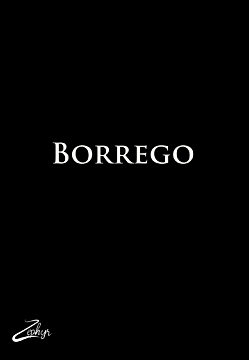 Logline: Four estranged college buddies try to rekindle their friendship by hunting for ghosts in the Anza-Borrego desert. They soon learn they’re the ones being hunted.

Synopsis: Dan (26) has it all set up. He’s getting the gang back together. They’re going camping. Everyone’s going to get along. He’s going to film it. The reunion will be a smashing success and the gang will be back!

That’s why, off a tip from his shroom dealer, Dan forms a plan to lead the gang deep into the Anza-Borrego desert where he’s been told spirits abound. His final masterstroke is to equip everyone with Go-Pro bodycams to film the ghosts, or at least get footage of the gang healing emotional wounds and tripping balls on shrooms. What could possibly go wrong?

As it turns out, everything, because that’s as far as the happy-go-lucky leader, Dan, has planned. Miles away from civilization and confronted with the unforgiving conditions of the desert, their problems quickly compound as the sun sets over Borrego and the psychedelics take hold. That’s when they realize they’re being stalked by a bloodthirsty animal.

Lost, alone, with no food or means of contacting the outside world and a creature hunting them, the group must band together to make it out of Borrego alive.

Will they survive the night?

Status: In Development, script and additional materials available upon request.