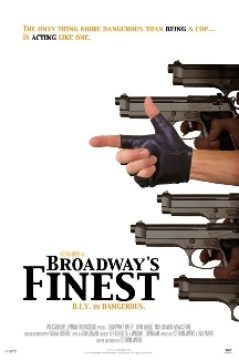 Broadway's Finest is a diverting story about three struggling men who impersonate New York City under cover cops and chase down a notorious drug dealer in order to create their own cutting edge police drama. Desperate for success, they enter the dangerous world of undercover police work to get the authentic material they need to create their show. As the exploits of the ill-prepared detectives get them deeper and deeper into the case, they are driven to extremes. Do these guys really know what they're playing with? Will they survive the dangers of the street? Things are rarely what they seem in this gritty dramatic comedy.