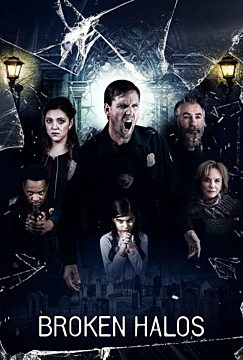 After surviving a massacre shooting at a local bar, Police Officer Matthew is haunted by the death of his partner and experiences terrifying visions and voices. He leaves the Police but finds help from an unexpected group of people. But the murderer is still on the loose and his family are now in real danger.

Press Quotes:
“Acting wise this is also at the top of the heap . . . “ – Transparent Film Festival

“It is not only beautiful, it is significant.” – Rome Prisma Independent Film Awards

“Broken Halos by Michael Kampa is an excellent feature film. It is a great thriller with a great story. It’s caliber makes it worthy of a worldwide audience” – Utah Film Festival & Awards

“It is a brilliantly made film that will give the audience the thrills they want to see.” – Utah Film Festival & Awards