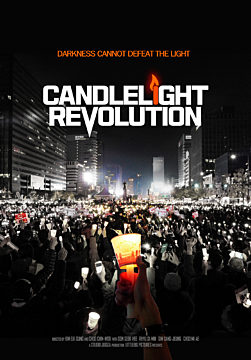 In October of that year, a series of candlelight protests gave birth to a movement. The outcry against corruption expanded at an incredible rate, while remaining unfailingly non-violent, eventually resulting in more than two million citizens taking to the streets to make their voices heard.

Three years on, we are here to talk about the determination and conviction exhibited during the peaceful candlelight protests that came to symbolize the saga, as well as the experiences of the politicians who were charged with keeping the country going during this uncertain time.

Through interviews with politicians and journalists, this film provides insights into what really went on during this tumultuous time, while telling the stories of those who would go on to change a nation.