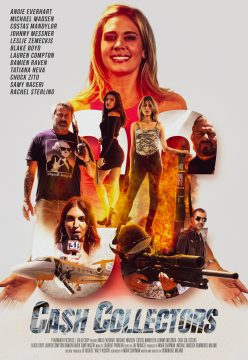 The year is 2022. The global economy has been in major recession, causing loan defaults to reach an all-time high. The central government continues to bail out tier 1 financial institutions, while small and mid-size banks continue to collapse.

One mid-sized bank, Pinnacle Capital, and through its subsidiary, Pinnacle Studios, developed a new television show, “Cash Collectors”, to mitigate default and continue operations. Contestants (“Collectors”) on the show act as temporary agents under special license, to recover bank assets.

While the contestant's function as actors of the show and the show is pre-planned, the potential for chaos is never fully accounted for especially when a large amount of cash is being transported …