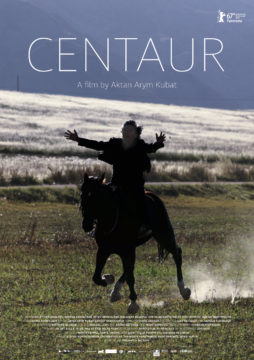 Centaur is a quiet, small and modest man, a loving father of a little boy that has never spoken a word and the husband of young, deaf-mute Maripa. Together they lead a simple life in a small village of Kyrgyzstan. Centaur is above all a respected man among his neighbours, a man beyond any suspicion, but he has a belief deeply rooted inside him. He still believes that Kyrgyz people once united and invincible thanks to their horses, have been punished by Heavens for misusing that power to achieve their mercenary goals.Beyond any suspicion, Centaur becomes a horse thief, as he thinks only a genuine racer riding at night and praying for forgiveness can write off the curse. But his well-hidden secret cannot be kept for long. When the truth shines, he will need to decide the destiny of his family, co-villagers and his own.