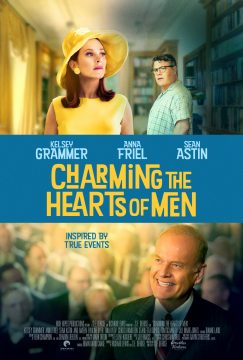 Charming the Hearts of Men

Based on a true story in the 1960s, Grace Gordon (Anna Friel) is the daughter of a prominent small-town judge who, upon her father’s death, learns the family estate is in foreclosure and the family fortune has disappeared. Grace is determined to make her own money and save the family estate.

Upon looking for work, Grace’s eyes are opened to the sexism and racism prevalent during the time. She enlists the help of a family friend who is also a Congressman (Kelsey Grammer) to pass historic legislation and end discrimination for all people, no matter their gender or race.