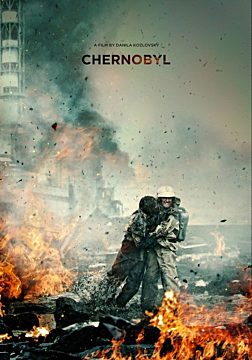 Chernobyl is the first major Russian feature film about the aftermath of the explosion at the Chernobyl nuclear power station, when hundreds of people sacrificed their lives to clean up the site of the catastrophe, and to successfully prevent an even bigger disaster that could have turned a large part of the European continent into an uninhabitable exclusion zone.

The unlikely hero of the film is Alexey, a fireman at the power station. He is accompanied by Valery, an engineer, and Boris, a military diver, on a perilous mission to drain water from a reservoir under the burning reactor. They have no time for proper planning; water in the flooded corridors they will have to traverse is getting hotter by the hour as the molten reactor core seeps ever closer. Prepared to sacrifice their own lives in order to prevent an even greater catastrophe, the three men descend into the depths of the reactor building.