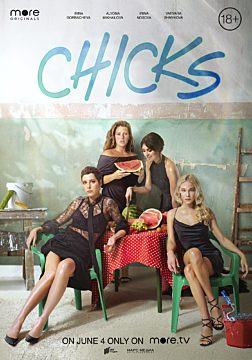 The deep south. Sunflower fields, the smell of grilled meat in the air, ripe watermelons, hotheads on horseback and in Russian-made Fiats. Three friends – Sveta, Marina and Lyuda earn money the hard way in a brothel by the road. There used to be four of them. Zhanna – the bravest and most adventurous one – went off to Moscow and returned in a brand new MINI Cooper with the idea of starting a business. One by one the friends join in with a scheme to shake off their ugly past. It’s difficult, dangerous even, but it’s well worth it.