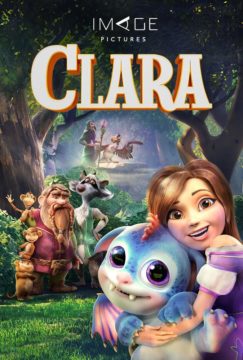 Once in a thousand years a magical dragon is born in a fairy land. Because of his exceptional rarity, he is kidnapped by evil forces who want to use his magical abilities. Accidentally, they lose the dragon cub who is found by two friends – a merry raccoon and a grumpy dwarf.

The friends set off on a long journey to return the little dragon to the Dragon city. On their way they meet the girl named Clara and her assistants – three funny monkeys. Clara doesn’t remember anything about her past and she joins the dwarf, raccoon and the dragon cub to help them and at the same time to reveal the secret of her past.

Overcoming a lot of difficulties, the friends come to know that a bigger danger threatens Clara while their adventures become even more incredible. Fascinating events await the three monkeys, who by virtue of their carelessness fall into a chain of hilarious, incredible stories.

When all the obstacles are overcome, the evil forces are defeated, and the little dragon is returned to his home, only one question remains – who is Clara, actually? And here’s where a big surprise is awaiting her…