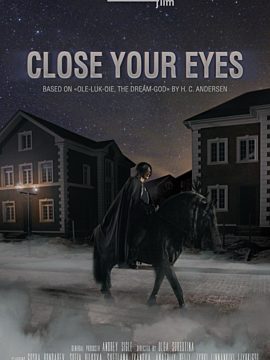 A mysterious ghostly night visitor, born of a little boy’s imagination turns every night into exciting adventure and becomes the boy’s friend, teacher and guide to the new worlds.

Foka hasn’t turned seven yet. He lives with his parents and a teenage sister in a big country house. What is the universe of a child familiar only with the backyard of his own house in the Outer Moscow boroughs with no friends there? How the fragile world of a little boy will be affected by the complicated life of the elder teenage sister?

Every night the boy is visited by a mysterious guest coming down from sister’s gothic posters. The exciting conversations with the guest help Foka to understand the daily reality of his life – the parent’s quarrels, the elder sister’s hysterics, his first successes and failures in school. In this world of visions and adventures the boy will go through his growing up period.

But where is the borderline between the world of night dreams and reality?