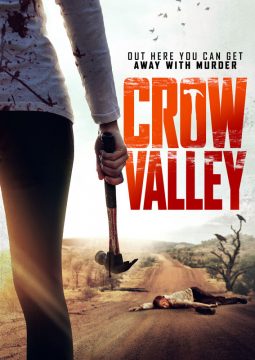 Benny Jones is a lost soul. He slogs his way through a road maintenance job during the week and obliterates himself with alcohol on Friday nights. The only thing that gives him a sense of relief is mountain biking.

He’s happiest when he’s flying down a dirt track on two wheels.

After another night of heavy drinking, he wakes on a city beach, tired and hungover. In an attempt to clear his head he sets off to Crow Valley, a remote haven for thrill seekers.

Benny starts to feel a sense of calm as he pedals along one of Crow Valley’s back roads but the moment of peace is smashed apart when he’s struck by a car in a brutal hit-and-run.

He wakes, badly injured, in the bedroom of a secluded cabin. There he meets Greta, a young hiker who says she found him on the side of the road.

Benny’s too banged up to walk back to civilisation so the pair decide to wait until Greta’s uncle arrives with a car in a couple of days.

He nurses his wounds and bides his time but as he gets to know Greta he starts to suspect she’s not all that she seems. Slowly her secrets and lies begin to unravel as Benny finds himself confronted with his own demons in a desperate race for survival.