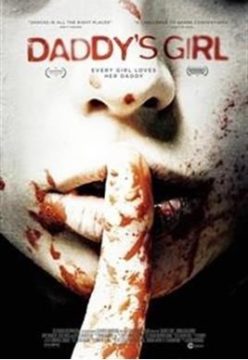 DADDY’S GIRL is a horrific glimpse into a damaged mind. DADDY’S GIRL is an intelligent, stylish mix of investigative crime thriller and intense psychological horror. DADDY’S GIRL is essentially a post Iraq war film set in the deep South of the US about Zoe, a young woman held captive by her stepfather after the suicide of her mother. A former Abu Ghraib prison guard and now prolific serial killer, her stepfather trawls local bars using Zoe as bait to attract new victims. A string of missing persons soon captures the attention of a rookie cop and a vigilante who both attempt to expose the veteran and rescue Zoe. But is she ready to escape or will she remain under the spell of her keeper?