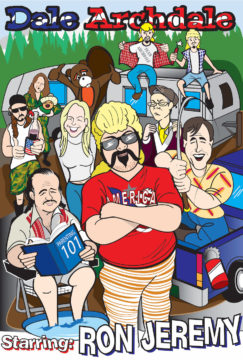 When a hillbilly has to fight off richies to save his trailer park, he never thought the mob would get involved. After Dale Archdale's trailer park shuts down, he is forced to move in with his ex wife at her free rental house in an upscale community. Dale manages to catch wind of a Chili Cook-off with enough prize money to save his beloved trailer park. However, he must face his snooty neighbors, an angry mob boss, and shenanigans from his inbred pack of hillbilly friends and family members along the way.