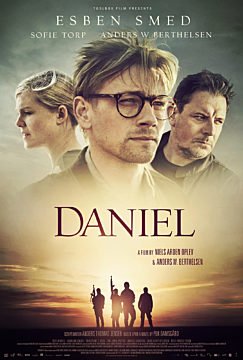 DANIEL is based on a bestselling book and tells the true story of one of the most spectacular kidnappings in recent times. The protagonist is the young Danish freelance photographer Daniel Rye, who was held hostage for 398 days by the terrorist organisation Islamic State in Syria along with 23 other foreign nationals, including the American journalist James Foley, who was subsequently executed before the eyes of the world. To date, Daniel Rye is the last hostage to escape ISIS captivity alive.