Home / Films / Dead For A Dollar 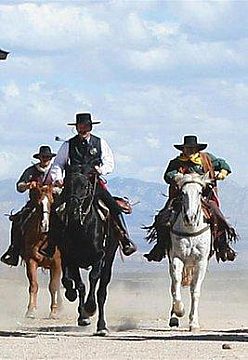 Dead For A Dollar

When a young white woman (Rachel Brosnahan) runs off with a black army deserter, a hired gun, Max (Christoph Waltz), is contracted to go after them and bring the woman home. Finding out that she fled from an abusive husband and has willingly run off with the army deserter, Max is faced with a dilemma--does he return the wife back across the border to the man who hired him, or does he aid her bid for freedom and fight off ruthless hired guns and his longtime criminal rival, Joe (Willem Dafoe).