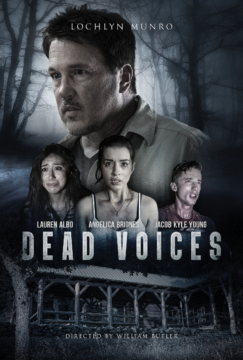 We open up on two sisters - Emily and Sara - as they film their documentary project about spiritual mediums. After their first failed attempt with a faux medium, they come across Mike, a seemingly legitimate communicator with the dead. Mike reveals a disturbing mystery; Sara's fiancée, Lucas - long thought to have been killed in the war in Iraq - might be alive at his childhood home near the Yosemite mountains. Mike joins the girls as they venture off to Lucas' abandoned home. Dark secrets and horrific events follow shortly after.