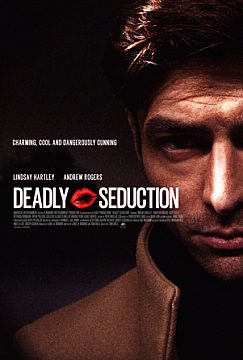 Maggie (Lindsay Hartley) and her husband Richard (Brooks Ryan) are both college professors and have a 17-year-old daughter. The couple has recently separated after Maggie discovered Richard’s affair with one of his students. To blow off some steam, Maggie and her best friend decide to have a girls’ night out when Maggie meets Kyle (Andrew Rogers), a handsome and charming young man. After one too many drinks, they share a passionate night together. Later, Maggie is stunned to see Kyle in her class. He claims to be a fan of her best-selling book on serial killer Cordell Colton (Drew Pollock), from whom she escaped at 15 years old. Maggie rejects Kyle’s advances, but he refuses to leave her alone, going as far as framing her husband for a crime he didn’t commit and seducing Maggie’s daughter. Realizing Kyle is determined to destroy her life, Maggie races against the clock to save her career and family, not realizing Kyle’s connection to Cordell and his plan for revenge.