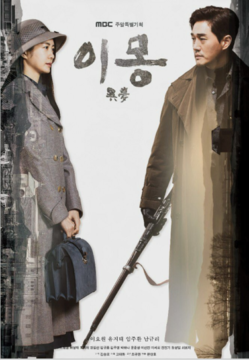 A turning point in Korean history, one never to be forgotten is presented in this engaging historical drama, celebrating its 100th anniversary. In 1919, during the Japanese colonial period, two events paved the way for the independence of Korea, the March 1st Movement and the establishment of the Provisional Government of the Republic of Korea. And with it, a covert armament for freedom was born, the Heroic Corps. Historically and in the drama, the man leading the corps goes by the name of Kim Won Bong, his real name only a few people know. He rarely stays in one area for more than two hours and sleeps for only short periods at a time. With fiery passion in his heart, he moves about swiftly and dreams for his country's independence. Lee Young Jin a Korean woman raised by a Japanese military doctor follows in her surrogate father's footsteps, and through a series of events, attends a prestigious medical university in Shanghai. She returns to Joseon and becomes the first female surgeon. The two them cross paths, and although they follow different ideologies, Won Bong soon realizes his need for her and begins to regret sending her deep into enemy territory. These two characters will walk together, sometimes run, sometimes fall, only to get back up again to chase their dreams. Bearing with them the pain and suffering of the historical events that shaped Korea's independence, they hope to instill the past so that it will never be forgotten.