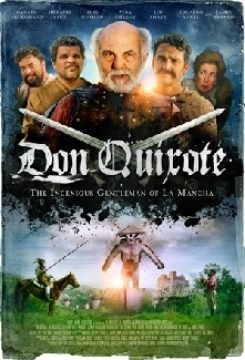 Don Quixote, the eccentric, elderly gentleman, and his hilarious truth-telling sidekick Sancho, set out on a journey to right the wrongs of the world. Celebrating its 400th anniversary, the classic novel is re-imagined with rich period details and a modern comedic twist.