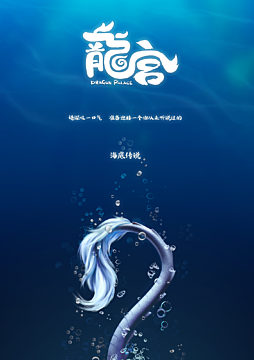 Since the history was created, dragon’s palace has never been queit place. First, it was Jingwei trying to fill the ocean with land. Then, Nezha disturbed and stormed the ocean. Even the Monkey King took the pole of ocean as his weapon. Since then, dragon palace is protected by a secret dome; therefore, no one has seen dragon for many years. They become legend and tales. Little Hei is a dragon with minimum power. He hopes to be recognized by his own kind; so, he studies some forbidden magic. Qing Mei’s parents passed away long time ago. After she falling into the ocean, she was saved by the Little Hei. Little Hei is kind but he is afraid of humans. Qing Mei doesn’t like dragons because of ceremonies. They start to understand each other on their way back to the land. However, a 600 hundred years evil plan is getting started……