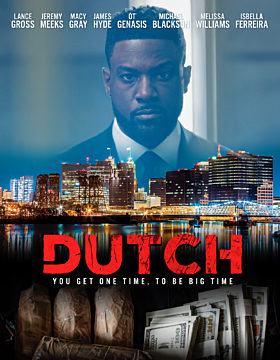 It is the urban-lit cult classic that breaks all the rules. It introduces a player who will use any means necessary to dominate the streets-and beyond. Now Teri Woods brings you the start of her hottest series ever, where survival is the ultimate score and power is the deadliest high of all. There isn’t an angle he can’t work or a woman he can’t seduce. And it’s taken Bernard James, Jr. aka Dutch, no time at all to turn an African drug lord’s stolen heroin business into the East Coast’s most feared drug empire. And there’s no shortage of enemies vowing to take him down, including a vengeful Mafia heir, an ambitious DA and a conscience-stricken former friend. But none of his enemies can stop what they can’t see. With his life on the line, and the face of the enemy in everyone he sees, Dutch plays the game and scores a winning hand in the face of all that betrayed him. But, there is one woman Dutch just can’t resist who will shake his ice-cold control to its core. And it will be the one betrayal that he never sees coming that will put more than he ever imagined at risk.