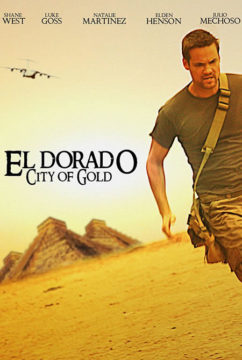 The Search for El Dorado is as follows: After his friend dies in an explosion, Jack Wilder embarks on an expedition to find The Golden Calendar, which in turn leads him on an action-packed journey filled with adventure to find El Dorado, the mythical City of Gold in South America.