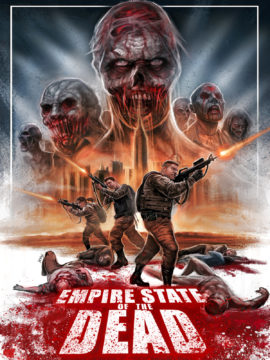 Empire State of the Dead

The recently deceased rise, feasting upon the living as a zombie outbreak spreads across the globe. In Central New York, a small Marine patrol, led by Seargent Ritter, tries to keep order. But while battling the living dead they are also faced with roving gangs going unchecked and entire military units defecting. Amid the chaos, a drug lord named Ray sees an opportunity to rule the new world rising, and he is sabotaging rescue centers and military bases to help further break down the Government's attempts to restore order.