Home / Films / END OF THE WORLD 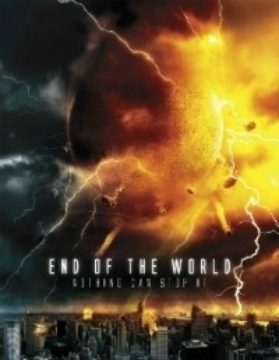 END OF THE WORLD

From far above the Earth’s surface, mysterious spheres of electromagnetic plasma rain down across the globe. Every impact causes massive power surges, destroying electrical systems, collapsing communication networks, and reducing anyone hit by a fiery sphere to a pile of ash. Cries of 'Armageddon' echoes across the world as people are beyond terrified. A small group of survivors lead by a pair of sci-fi obsessed video store clerks must use their fanatical knowledge of the genre to ride out the chaos and find a way to save earth. But is it enough, can sci-fi clichés really help stop the earth’s demise or is this really the end of the world…