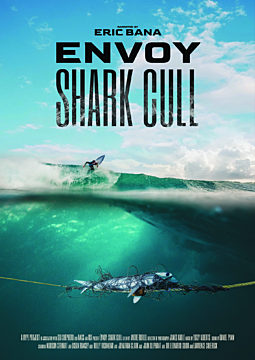 Envoy: Shark Cull is a shocking and moving documentary shot in multiple locations: Australia, Hawaii, Fiji, Bahamas, South Africa. While being an international issue, this shark conservation documentary focuses on the Queensland and New South Wales, Australia, Governments’ shark control programs which use tactics and methods first established in the 1930’s, running the longest marine cull in history destroying entire marine ecosystems. Baited drum-lines and shark nets are vain attempts to protect swimmers and surfers.The effectiveness of these archaic methods has been scientifically disproven. They not only pose a threat to sharks, a species largely endangered, but also to a multitude of other marine life and even, horrifically, the swimmers and surfers they are intended to protect.Envoy: Shark Cull has joined forces with Sea Shepherd, the Australian Marine Conservation Society and Humane Society International to expose the lies perpetuated by these governments. The aim of this documentary is to expose these practices and help raise awareness around the issue to instigate worldwide change