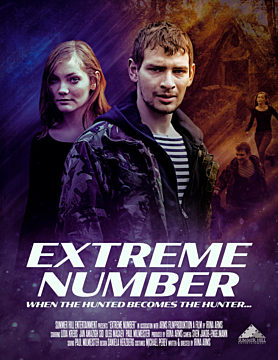 Based on a true story EXTREME NUMBER is about a young refugee from Chechnya who comes to Germany and is thrown into prison in Berlin. He then joins a terrorist group in Berlin that gives him a very special order. Authentic war documentation is embedded in the film as the Chechen protagonist's flashbacks. This is real coverage of war, 1996 - 2000 in Chechnya, the decimation of a group of young men surrounding Shamil Basayev, who was at the time the most wanted terrorist in the Russian Federation. Real and fictional levels of the story blend together as a whole.