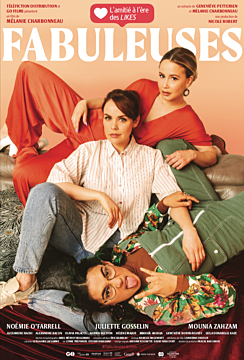 There is Laurie, the girl next door, trying to become fabulous. There is Clara, the media social star living just for the "likes". And there is Elizabeth, rising up against everything. The three friends would live the summer of every possibilities, experimenting in a chaotic way the paradoxes of all young modern woman's life.