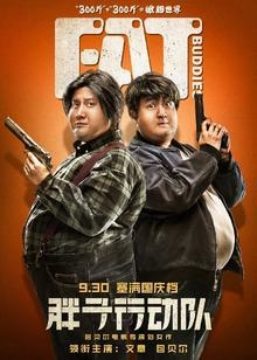 The super agent Jia Bangde was sent on a crucial mission to investigate a new drug cartel when he was plotted against. Seriously wounded and amnesiac, Jia Bangde woke up in the hospital as a super fat man and met fat cop Hao Yingjun. Yingjun begged Bangde to take him on a mission after discovering that his hidden belongings were much like secret agent equipment.

This two searched for clues through the fuzzy memories and objects hardly put together by Bangde. Their giant bodies made their action very slow, and a number of awkward incidents occurred on the way, even drug dealers chased after them. The two men developed a deep friendship while confessing their true identities to each other, and they eventually solved the conspiracy of drug cartels.