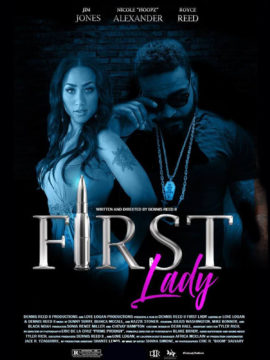 Maria is a woman in her mid-thirties who suffered greatly in her early years. She had an absentee father and her mother died when she was a teen which left Maria to be raised by her aunt who happened to raise her two cousins and future business partners Sean and Will. This vulnerability led her to meet Mike, an older man who stood in the gap where her father would have stood. However, Mike’s influence jaded her for the street game and the game of life which influenced her greatly. Maria would suffer more loss as Mike would be murdered while out in the world handling business. His death proved to be filled with as much controversy as his life. After his death, Mike’s mother Ella would then take over all Mike had worked for, ultimately snatching everything from Maria including the home that Mike and Maria shared. While seizing Mike’s assets, Ella found out that Maria was pregnant and also found the keys to the location where Mike stashed his money and drugs. Meanwhile, Maria takes all that Mike has taught her and creates her own force in the streets to continue where Mike’s work had left off, making her a boss in every sense of the word. Maria then finds herself entangled in love again; only her new love interest is the head of the opposing crime syndicate; the very crime syndicate responsible for Mike’s death.