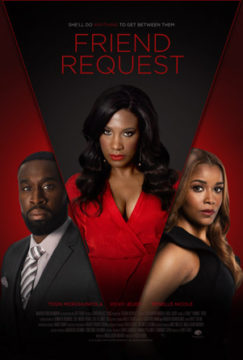 Malik (Tosin Morohunfola) has the perfect family life and law career until he goes to his college reunion and sees his ex, Rayna (Vicky Jeudy). After some drinks, Malik blacks out and wakes up in Rayna’s hotel room following what appears to be a sexual interlude. He desperately tries to put the affair behind him, but Rayna won’t stop sexting him and suddenly becomes his wife, Michelle’s (Renelle Nicole), new client. Eventually, Malik realizes Rayna is part of a scheme concocted by his best friend, Garrett (Larry Rhem), to completely ruin his personal life and career. Determined not to be second best to Malik anymore, Garrett enlists Rayna to seduce Malik and plant evidence that makes it appear as if Malik slept with her knowing she was a witness in one of Malik’s biggest cases, which would end Malik’s career and allow Garrett to take over Malik’s position in the DA’s office. But Malik isn’t ready to give up his life and will do whatever it takes to clear his name and save his family.