Home / Films / From A2Z The History of the Beatles 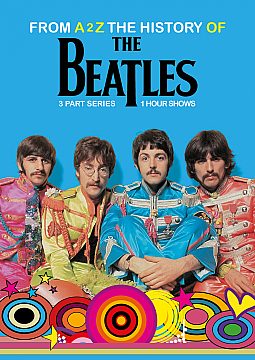 From A2Z The History of the Beatles

The concept behind the 3 part 60 min TV documentary series, A2Z The History of The Beatles, is to give the viewer a detailed timeline behind the history and story of when and what happened in the life of The Beatles. From the conception of the band when they were the Quarrymen, then the Silver Beatles to the final days. For the first time this documentary series will detail information never listed before. It will give dates and details on everything The Beatles did, performed and recorded in the short time they were together. From their first songs. bandmates, venues to the break up of the band.