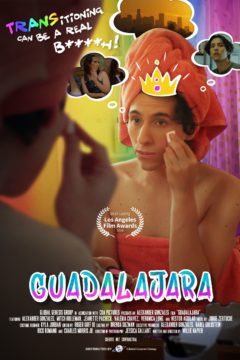 Inspired by true events, Guadalajara is a trans teen living with her sex-worker mother Sonya in East Los Angeles. While coming to terms with her identity, Guada befriends a local female gang who talk her into experimenting with drugs, exploring her sexuality and beginning a life of crime with crazy and hilarious consequences. Finally, Guada realizes that she must save herself before her self-destructive choices have consequences beyond her control.