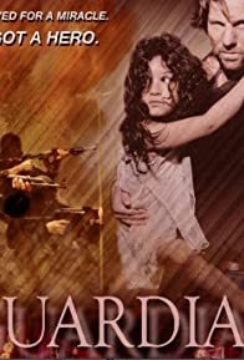 GUARDIAN is the story of Rick Robinson, a former world champion martial artist turned film star. Rick suffers a personal tragedy that goes public. As a result, the only projects he can book are straight-to-DVD B movies. His guilt from his past takes a massive toll on his health and well being. After years of problems, Rick is presented with the possibility of redemption. A mysterious multi-million dollar offer to star in a series of international films. Rick travels to Southeast Asia with his manager to solidify the deal.
Once they arrive, Rick learns he has fallen prey to an elaborate blackmailing scheme. While trying to make sense of what is happening, Rick witnesses the reality of modern day child slavery first-hand. In an instant, he makes a dangerous choice that could end his life or redeem it. In a land where the desperate cries of so many goes unheard, Rick dares to listen and take action.
In a battle for justice, Rick faces a private army of assassins and a corrupt police force hell bent on taking him out. In pursuit of the truth, he uncovers a troubling reality; a large network of government agencies in multiple countries that back the billion dollar human-trafficking industry. GUARDIAN is the story of embarking on a personal rescue mission to become a real life hero.