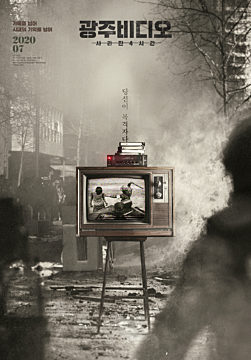 In May 1980, the citizens of Gwangju poured out to the streets to rise against the new military power. Following the horrendous massacre, numerous journalists risked their life to video-record the incident, and footages were sent and shown in Japan, Germany, and United States. Upon hearing the news, overseas Koreans reedited the videos and organized screenings of “Gwangju Videos” to disclose the truth behind the uprising. “Gwangju Videos” made overseas were smuggled into Korea and shown mostly in universities and churches. The videos became the main media revealing the truth behind the struggles of demonstrators and later served as the spark to start democratic resistance against the military regime in 1987.

Strangely enough, the four-hour segment of the incident that happened in front of the Provincial Office building – wherein soldiers indiscriminately shot citizens on May 21 -- was missing. Director Lee searched for the video.

This documentary is a great collection of video footages showing the efforts made and risks taken by journalists and citizens armed with “the Spirit of Gwangju” to disclose the truth behind the Gwangju Incident. Through the film, director Lee, as a journalist in search of the truth, faces head-on the very power that has denigrated the spirit of Gwangju to this day.